So here we are in our closing stage of Let's Read Play. I honestly feel kind of sad.

I must admit I have not been a decent co-host. I mean, reading is one thing but reviewing is a totally different matter. Though I read along with you all, it was pretty hard for me to post some reviews on time. Some? Ok, many >_<

Some plays just caught me, so much so I just stared at that blank Blogger page the whole day. Like Othello, or The Death of A Salesman. Both got me cry for different reasons.

I felt that Othello's tragedy is pretty ironic, and that guy Iago is soo annoyingly ingenious. On top of that, I felt this weird urge to get a strawberry handkerchief of my own! XD


The Death of A Salesman touched me in a more personal sense. It reminded me of my late-father. I pray, that he didn't have the same regrets and concerns flashing through his mind - the way Mr. Loman did - before he died. It was extremely heart-breaking for me.

And then of course, I had a crush on a character. Well, what's reading without a crush or two :D And who is this lucky man? Wilde's Lord Goring. He has that ability in playing with words, delivering epigrams, like usual Wilde's characters do. But he has some kind of depth I haven't seen in other Wilde's works I've read. Almost romantic also.

Now, back to business. I'm about to announce a closing giveaway, aren't I? So here we go.

1. Write a post, tell me about a play or a character that caught you the most; the one that you love or hate so much. The play or character that you think will stick with you even after this event is over.
If you plan it to have a wrap up post for this event, then you only need to add the play/character you want to highlight into it.

3. We have until end of November before I randomly pick the winner.

4. The winner will get $10 to spend at Bookdepository.

5. This giveaway is valid only when we have at least 2 (two) entries, so that the random process can be executed.

6. If we have more than 11 entries, which means more than half of LRP participants are taking part in this giveaway, I'll pick  the 2nd winner! :D

That's it! Have fun, and goodluck! 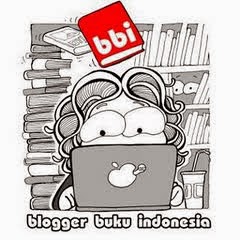